While enjoying your stay in our village, you can visit different landmarks renowned for its outstanding natural beauty and amazing architecture. Find out more about them here. 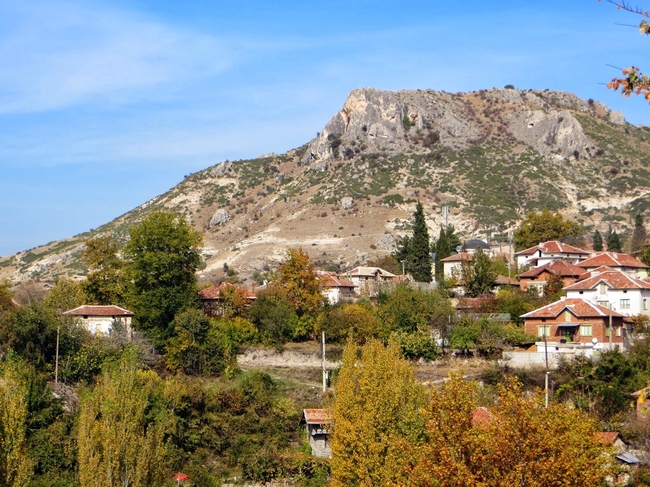 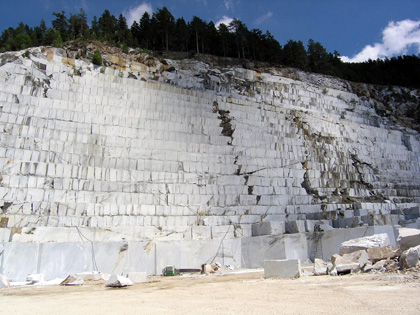 Above the village you can find the largest marble quarries on the Balkan Peninsula. Different types of marble whose colour ranging from dark gray to snow-white are extracted in the Ilindency quarry. Marble is used in the constuction industry both as external and internal cladding for residential buildings and offices. 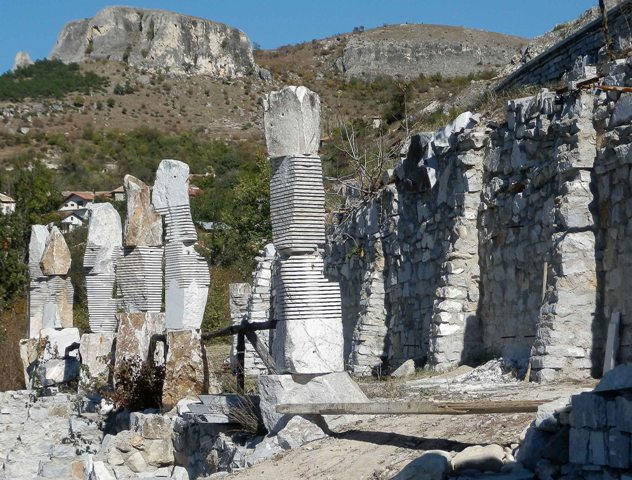 The unique sculpture park in the village is located at the foot of Pirin mountain and was created by the Ilindenci art centtre foundation. Sculptures by local and overseas artists are displayed in the park during and annual art fesival which was first held in 1998. Impressive aesthetic effect is achieved through night illumination focusing on individual works,  sculptural compositions and the Information centre.

NEOLITHIC SETTLEMENT in the area "MASOVETS" 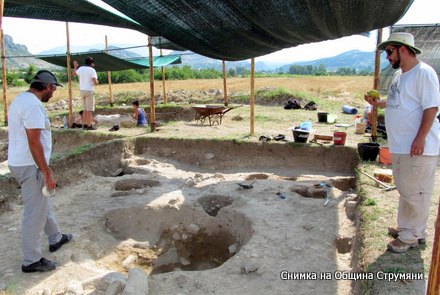 Early Neolithic settlement in the area "Masovets" in the village Ilindentsi. The ceramics collected from the surface gives chronologically within the site from the early Neolithic with white painted ceramics (first half of 6 thousand. BC. Chr.) To Middle Neolithic with characteristic black polished ceramics (beginning of the second half of the 6th thousand. BC. BC .) Research shows that residents of this village fed themselves with wheat and a little barley. Their diet included lentils, peas, wild cornels, plums, grapes and hazelnuts. They are grown flax, and in construction probably used coniferous yew today I very rare tree. 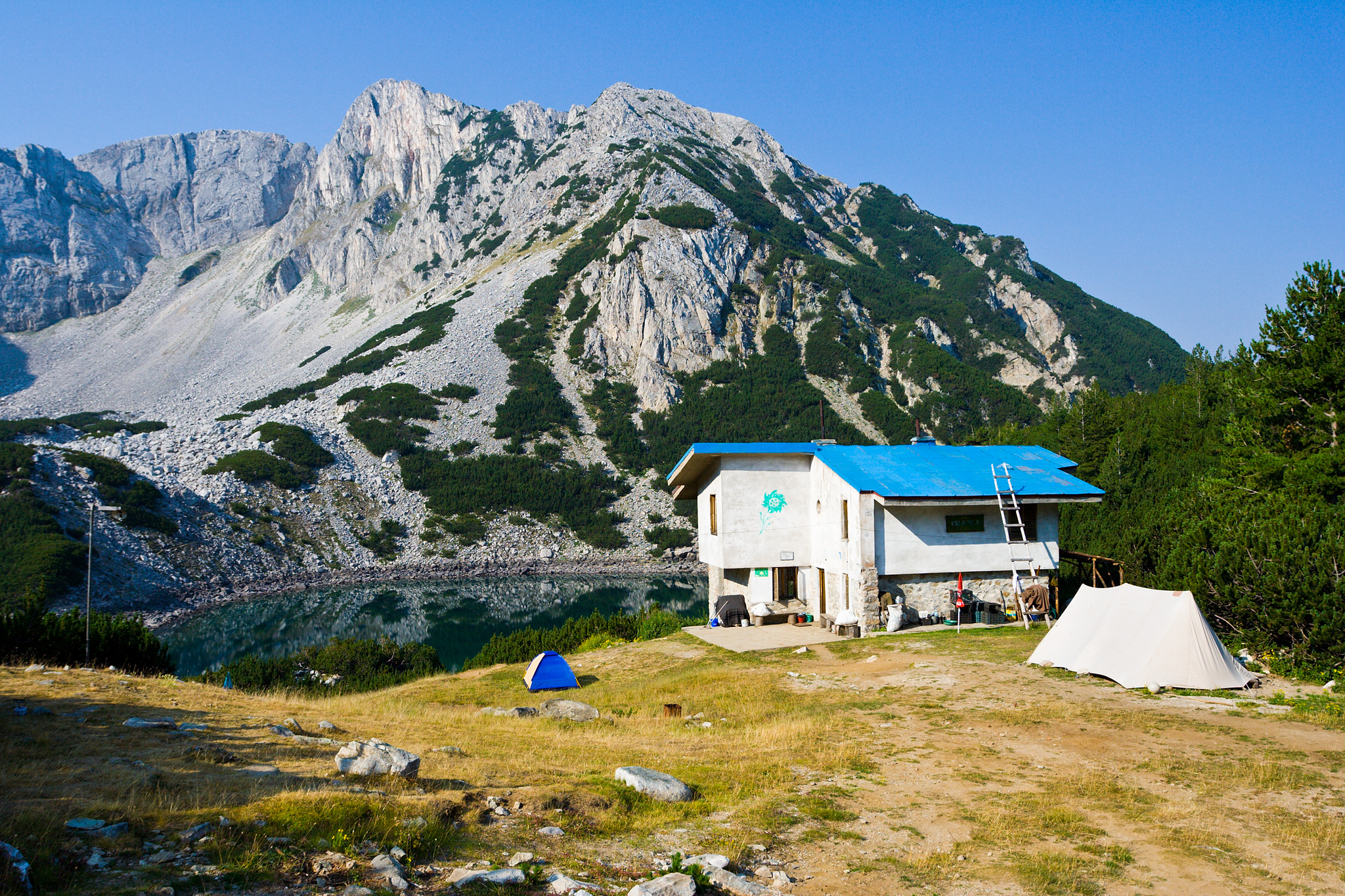 Sinanica (2516 m.) also called limestone rocky peak is a peak in Pirin mountain. It dominates the landscape for miles around, rising above Sinanishko tableland. Sinanica is composed  of  pink and gray marble. Its northeast steep slop is 200 metres high and attracts climbers. The view from the top of the peak towards Konceto and Vihren is magnificent. It will take you around an hour to climb the peak from the hut.  The peak is also accessible from other places - huts Vihren, Begovica, Yane Sandanski or Spano pole. It takes between 2 and 6 hours. 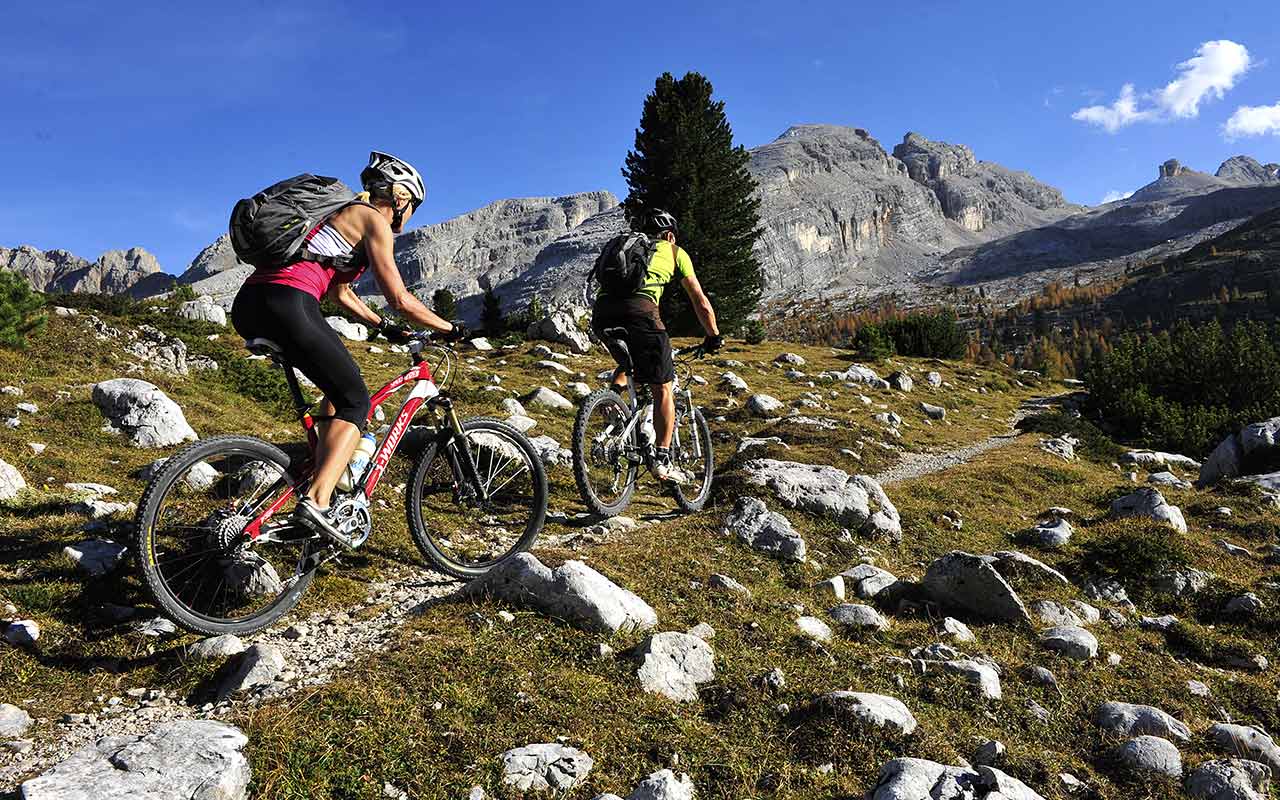 There are 18 caves in the area of Ilindenci. Our gests can enjoy different recreational activities ranging from mountaineering to caving or mountain biking. We rent out mountain bikes to tourists. There are lots of walking trails leading to magnificent peaks and caves. 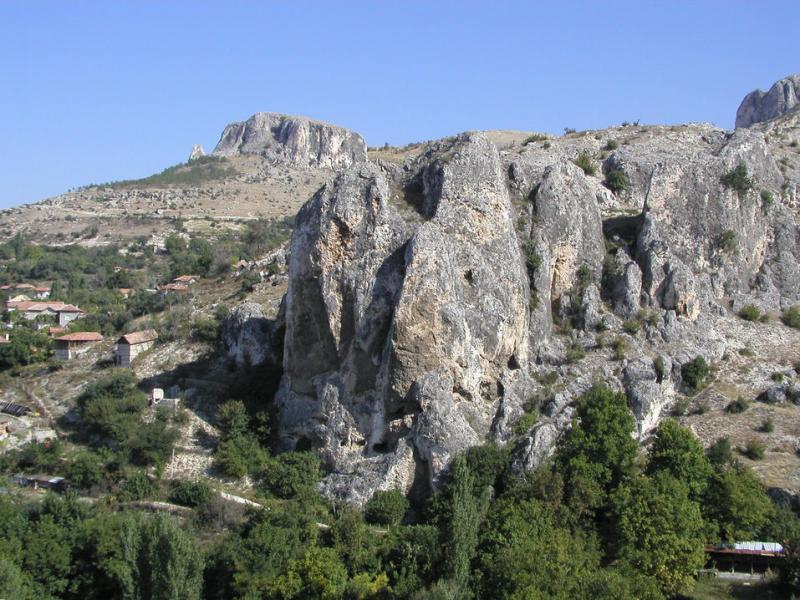 In the neighbouring areas, there are a few faults renowned for their shape ans size.  In one of them, an enourmous rock is stuck forming an arc. Locals call those huge faults “Zandani” (Dungeons).  Rumour has it that criminals were sent here during the Ottoman occupation.  This place also looks like a Thracian megalithic sanctuary where underground gods were probably worshipped. Once the arc was built, the local Thracian tribes began to worship Dionis -  Sabazii considered to be a god of sun.


THE TOWN OF SANDANSKI 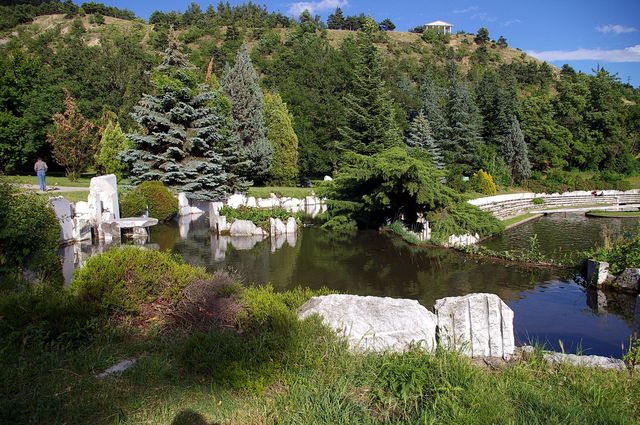 The inhabitants of Sandanski are very proud of their local park called Saint Vrach where over 200 Mediterranean spicies of plants are growing. Two sycamores in the town are natural landmarks-  the first one in the centre (550 years old and 23 metres high) and the second one in the outdoor swimming pool  (500 years old and 26 metres high). On the territory of Sandanski municipality, there are six mineral springs. Sandanski is a national and international spa resort offering treatment of lung deseases.  A lot of Westerners and Scandinavians visit the town. 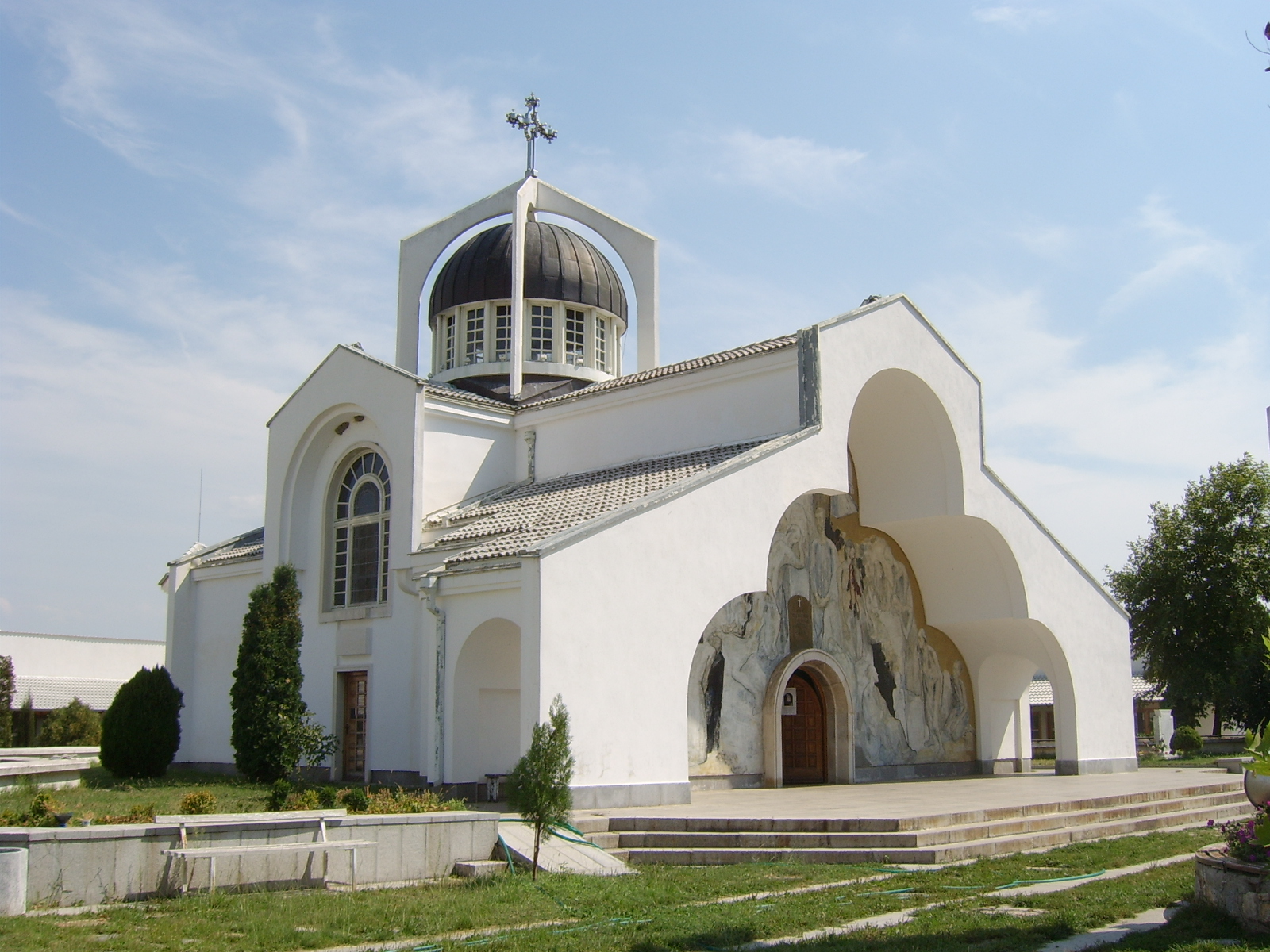 Not far from the village is located the famous sight Rupite. It was here that Bulgarian clairvoyant Vanga spent her last years before passing away.  The Church “Saint Petka Bulgarska” was built with her financial help  in 1994. It is next to the house where Vanga used to live. Rupite village lies in the Sandansko - Petrich valley and is famous for its mineral springs whose temperature reaches 75 degrees Celsius. 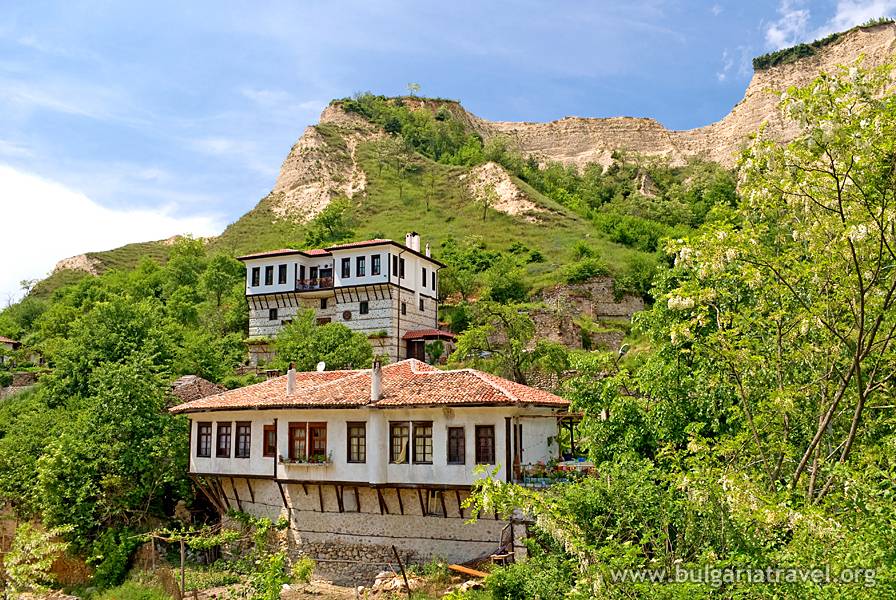 Melnik is located at the foot of southwestern Pirin. It is 437 metres above sea level, and lies to the southeast of Sandanski.  From Melnik you can go to hut Pirin and hut Malina. Almost all locals grow grapes and make wine for themselves or for sale. Recently, the region has enjoyed some revival of viticulture and wine production. A few modern wineries make high-quality wines from grapes that are grown there. 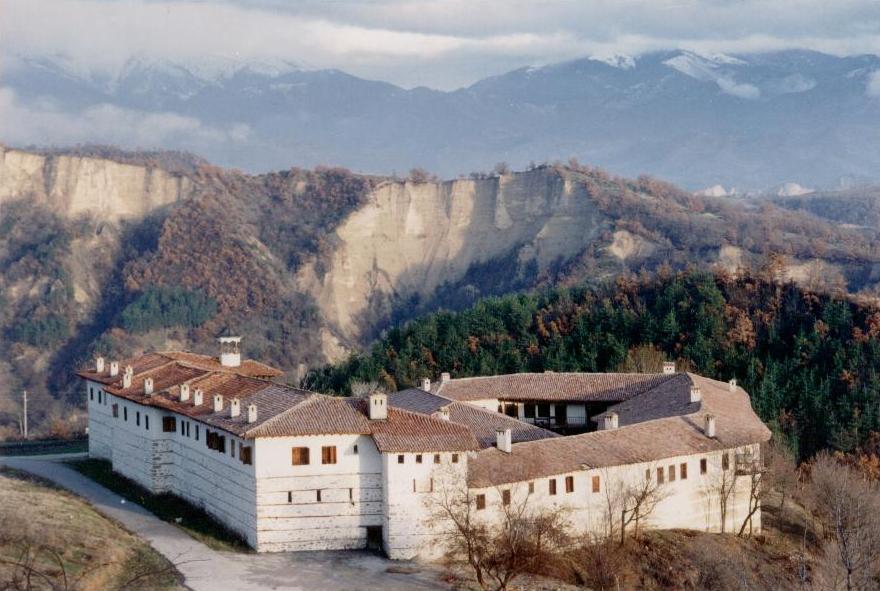 The Rozhen Monastery is the biggest monastery in Pirin mountain in southwestern Bulgaria. It is surrounded by beautiful scenery. Over the centuries, it has played an inportant role in the cultural interaction among people in the Balkans. The sand pyramids of Melnik are located  in the surrounding areas of town.  In geological aspect they are built of gray - white Pliocene sands. Later conglomerate from Pirin dragged down rock-sand material. As a result of the erosive effect of winds, water, sun and snow, remarkable natural  sculptures with strange shape (mushrooms,  minarets, swords etc.) have formed. 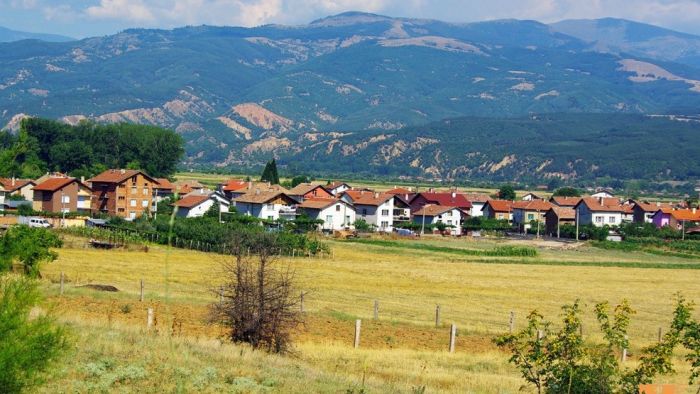 Oshtava mineral baths have five mineral springs, but only two of them are used. The temperature of water is constant - 38 degrees Celsius. Water is very beneficial to patients with musculoskeletal system disorder as well as to patients with neurological disorder.  Both mineral spring are good for your health in general.  A few dairy farms offer fresh cheese and yellow cheese. 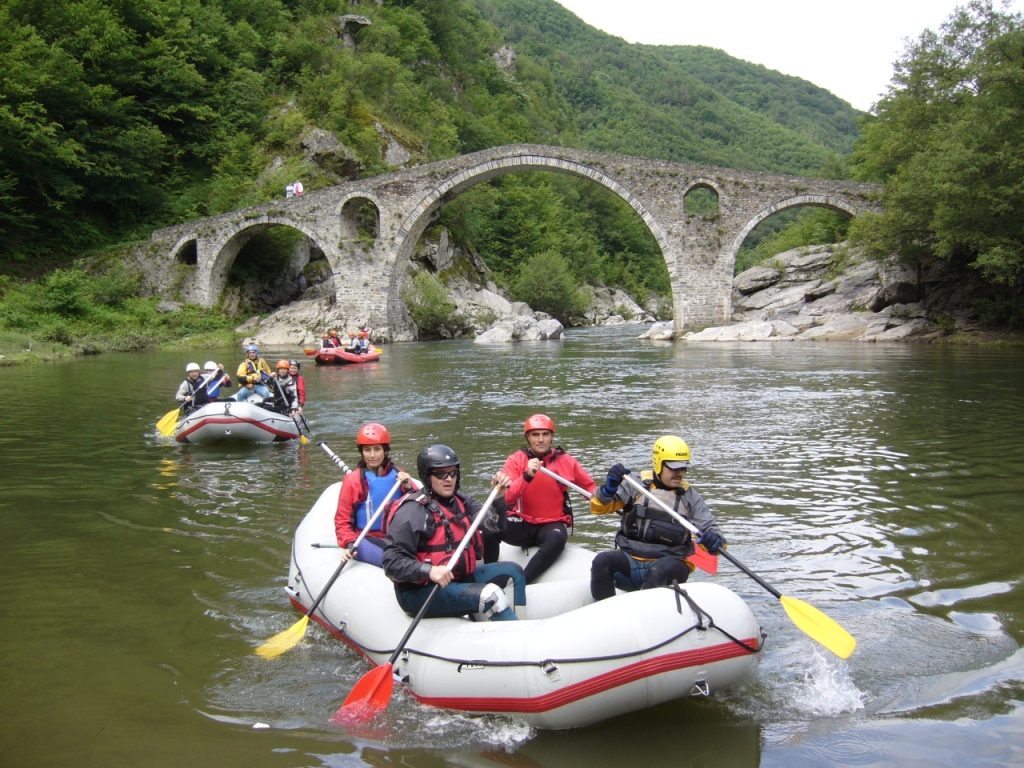 Tens of natural, archaeological and architectural landmarks are located along the river.  You can see fascinatiing rock formations in Zemen, Skrinski and Kresnenski gorge, Kojuh inactive volcano, remains of the medieval fortress of Krakra, Kadin bridge in Nevestino, Zemen monastery etc. You can take pleasure in white water rafting which is a relatively new sport in Bulgaria. There are sandy areas along the river, so you can go sunbathing. Fishermen can go fishing. 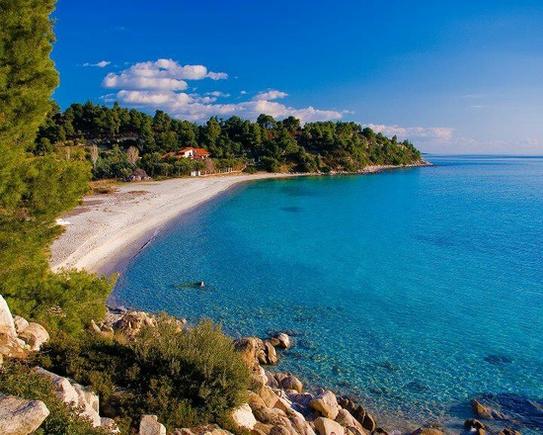 The  Aegean See has tortuous shores with a number of bays, peninsulas, islands and small inland seas. The largest peninsulas are Atica, Magnesia, Halkidiki and Gallipoli. You have the opportunity to take your breakfast at the ecovillage and two hour later to enjoy the magnificent scenery of the Aegean See. On your way, you will cross neat tiny Mediterranean villages. You can either visit Thessaloniki or take any of the nice coastal roads passing through beautiful villages.